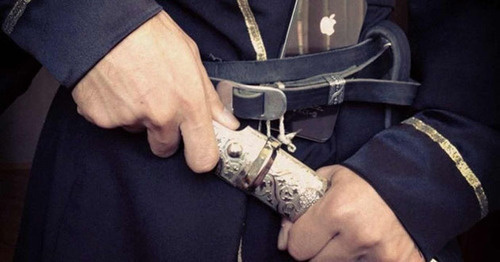 In Abkhazia, after the release of the information about suicide of a young woman from the town of Gudauta, who was allegedly accused of being unfaithful on the basis of SMS, the women's NGOs appealed to the law enforcement authorities with a request to investigate the case. The activists who signed the appeal do not rule out that the incident is a case of so-called "honour killings".

According to the NGO's appeal, members of the women's organizations "are very much concerned about the extremely dangerous trend, intensifying in Abkhazia, which in the past had been not relevant to our society. We are talking about cases of violence used by relatives against a member of their family, who, according to them, disgraced honour of the family."

According to the public information, in different parts of Abkhazia, there have been several cases when women were killed by their close relatives for unproven charges of violating the moral standards and when killers justified their crimes by adherence to the Abkhazian traditions.

"The recent case in the town of Gudauta is shocking: a young mother whose 'fault' had not been proven, but only assumed on the basis of several SMS-messages, was taken away by her relatives from the house of her husband's family, and a week later she allegedly hanged herself, leaving her minor daughter with serious vision problems," states the appeal filed by the "Women's Initiative".

Public figures of the Abkhaz society doubt that the young woman has actually killed herself. The activists believe that such cases of family violence are absolutely unacceptable for a democratic state, since they violate the fundamental rights of a person and contribute to destruction of family values.