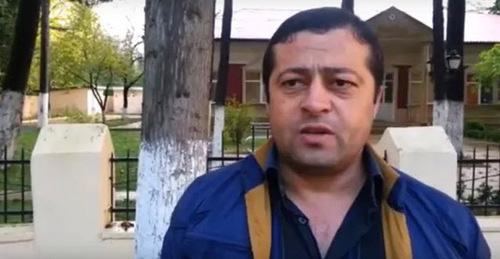 On August 3, the defence of Elchin Ismayilly, an Azerbaijani journalist-freelancer, was informed about the completion of the preliminary investigation. Meanwhile, a new charge was brought against the journalist under Article 311 (bribery) of the Azerbaijani Criminal Code.

The "Caucasian Knot" has reported that journalist Elchin Ismayilly, a member of the Popular Front Party of Azerbaijan (PFPA), was detained on February 17. He was charged with extortion and abuse of office.

"For the same episodes, the journalist is charged with two charges. Initially, he was accused of extortion. And now, he is charged with getting a bribe. In fact, the journalist asked to borrow money in the amount of 1000 manats (600 US dollars) from his acquaintance, who worked as an official at the local department of the Ministry for Culture and Tourism," advocate Elchin Sadygov told the "Caucasian Knot" correspondent.

According to him, the evidence of the journalist's guilt is falsified, and the new charge pursues the goal of aggravating the punishment for Elchin Ismayilly.

"Even by partial summation of the terms of punishment, the court can sentence him to not less than 10 years of imprisonment," stated Elchin Sadygov.

The advocate has emphasized that the journalist does not consider himself guilty and claims being prosecuted for his critical publications about officials from the Ismayilly District.