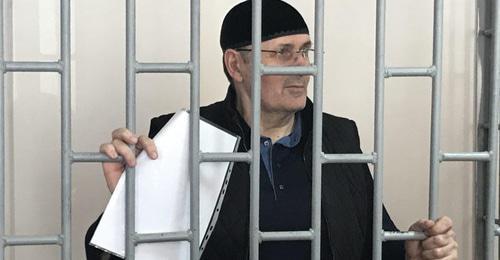 Scientists and art workers, clergymen, journalists and rights defenders have called on Vladimir Putin to transfer the consideration of the case of Oyub Titiev, the head of the Grozny office of the Human Rights Centre (HRC) "Memorial", to the federal level.

The "Caucasian Knot" has reported that on May 11, Oyub Titiev was awarded by the Moscow Helsinki Group (MHG) for his courage in defending human rights. Since January 11, 2018, he is under arrest on charges of possessing marijuana. He insists that the drug had been planted on him by a law enforcer.

Ilya Novikov, one of the advocates, has stated that the Titiev's defence demands that the case be considered at the federal level, since no objective investigation is possible in Chechnya.

The authors of the letter treat the Titiev's case as "an act of intimidation of the rights defenders seeking the observance of human rights in Chechnya." Sixty persons have signed the appeal to President Putin.