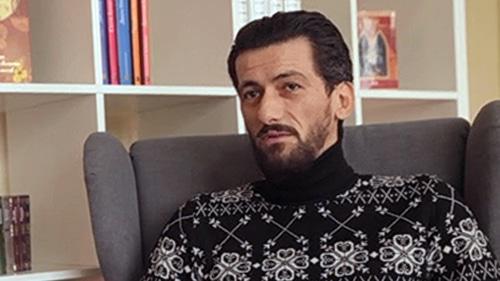 On March 11, activist Vadim Cheldiev, Honored Artist of North Ossetia, was detained at the Moscow airport after his arrival from Vladikavkaz. According to the activist, law enforcers asked questions concerning his political views.

Last night, Vadim Cheldiev posted on his Instagram page a video with a report about his detention.

"It turns out that to become an extremist, you just need to tell the truth and help people," wrote Vadim Cheldiev in his post. According to him, Moscow law enforcers were "most interested" in his political views and party affiliation.

Eyewitnesses who flew with Vadim Cheldiev from Vladikavkaz to Moscow also reported about his detention, the "Osnova" reported in the evening on March 11.

The edition associated the detention of Vadim Cheldiev with his public activities, in particular, with the action against the "Electrozinc" plant.

In October 2018, Vadim Cheldiev, Honored Artist of North Ossetia, was one of the initiators and participants of the rally against the operation of the "Electrozinc" plant in Vladikavkaz.

This article was originally published on the Russian page of 24/7 Internet agency ‘Caucasian Knot’ on March 12, 2019 at 12:19 pm MSK. To access the full text of the article, click here.