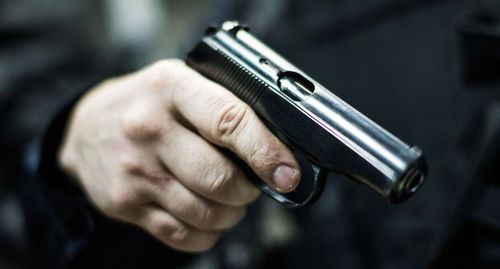 Zelimkhan Khangoshvili, a native of the Pankisi Gorge, was shot dead in the head in Berlin, his Georgian compatriots have informed.

The "Caucasian Knot" has reported that in May 2015, an assassination attempt was made on Khangoshvili in Tbilisi. In 2009, they tried to poison him, said Umar Idigov, the head of the Integration Fund of Georgian Nations. According to his story, Khangoshvili enjoys authority among residents of the Pankisi Gorge as a participant in the Second Chechen War and events in August 2012 in the Lopota Gorge in the vicinity of the Georgian village of Lapankuri.

On August 23, in the Moabit District of Berlin, a cyclist shot a man dead, the German police have reported. The suspect is detained, the police said on its Twitter.

The casualty is a Chechen and an Islamist, well-known to the police, the edition "Bild" reports citing its source from German law enforcement agencies.

"The Chechen killed in Berlin today is Zelimkhan Khangoshvili, a participant in the Russian-Chechen War," the blogger, Tumso Abdurakhmanov, wrote in his Telegram channel.

This article was originally published on the Russian page of 24/7 Internet agency ‘Caucasian Knot’ on August 24, 2019 at 10:42 am MSK. To access the full text of the article, click here.