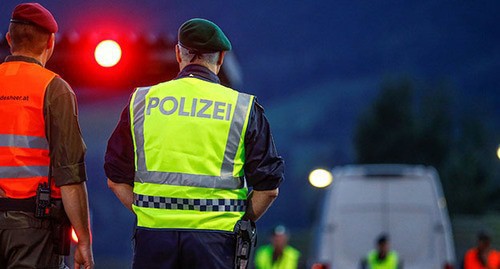 A man suspected of killing blogger Mamikhan Umarov earlier sought for political asylum in Austria. That fact did not prevent him from regularly visiting Russia. Both of the suspects arrested in the case refuse to cooperate with investigators, Der Standard and Der Spiegel report.

The "Caucasian Knot" has reported that two natives of Chechnya who have been living in Europe with refugee status for more than 15 years are arrested in Austria on suspicion of involvement in the murder of blogger Mamikhan Umarov.

Mamikhan Umarov, a native of Chechnya, also known as "Anzor from Vienna", was killed in Vienna on July 4. In his videos, the blogger openly criticized and repeatedly insulted Ramzan Kadyrov and his parents by using the uncontrolled vocabulary.

During interrogations, the men suspected of killing Mamikhan Umarov do not show willingness to cooperate with the investigators, the Austrian edition Der Standard reported on July 6.

"The alleged shooter, a 47-year-old man, was registered in Ansfelden in Upper Austria. The role of his alleged accomplice has not yet been clarified. In any case, he allegedly came with the victim to Gerasdorf and was first regarded as a witness. After giving conflicting testimony during the first questioning, he was taken under police arrest," Der Standard reports.

According to Der Spiegel and the "Bellingcat" investigation website, the alleged killer of Mamikhan Umarov lived in Ukraine for a while before arriving in Austria and seeking political asylum. According to the information verified by the "Bellingcat", in 2014 and 2015, the suspect also visited Russia. "This seems strange taking into account the fact that, according to him, the man had to leave the country because of political persecution," Der Spiegel reported on July 7 as translated by the "Caucasian Knot".

This article was originally published on the Russian page of 24/7 Internet agency ‘Caucasian Knot’ on July 8, 2020 at 01:20 pm MSK. To access the full text of the article, click here.