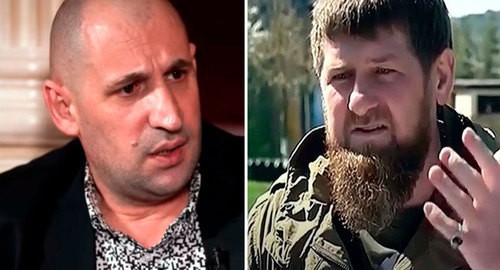 On July 9, the Russian Ministry of Foreign Affairs (MFA) treated the assumptions that the leadership of Chechnya had to do with the murder of Mamikhan Umarov in Vienna as insinuations that impede an objective inquiry into the murder.

The "Caucasian Knot" has reported that Mamikhan Umarov, a native of Chechnya, also known as "Anzor from Vienna", was killed in Vienna on July 4. In his videos, the blogger openly criticized and repeatedly insulted Ramzan Kadyrov and his parents by using the uncontrolled vocabulary. Two natives of Chechnya who have been living in Europe with refugee status for more than 15 years are arrested in Austria on suspicion of involvement in the murder of blogger Mamikhan Umarov.

Members of the Chechen Diaspora in Austria are sure that Umarov's murder was politically motivated. Earlier, on July 8, the journalist, Suzanne Scholl, the author of the book "Daughters of War: Surviving in Chechnya" in her interview with the Austrian ORF TV Channel, called the Umarov's murder political and stated Kadyrov's "long arms".

Maria Zakharova, the official spokesperson of the Russian MFA, has called the assumptions about Chechen leadership's involvement in the murder of Mamikhan Umarov, Foreign Ministry, as insinuations and speculations.

"We regret to note that speculations about possible involvement of the official authorities of the Chechen Republic in the murder appeared in a number of publications. We most resolutely reject these insinuations and treat such speculations as inappropriate and hampering an objective investigation," the "Interfax" quoted Ms Zakharova as saying on July 9.

This article was originally published on the Russian page of 24/7 Internet agency ‘Caucasian Knot’ on July 10, 2020 at 10:09 am MSK. To access the full text of the article, click here.