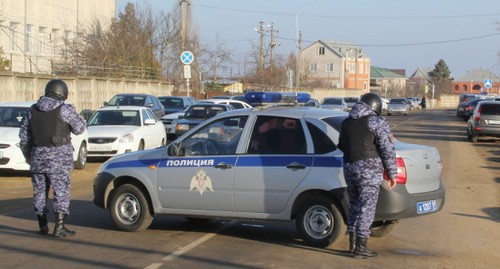 Policeman killed in shelling in Ingushetia

A law enforcer has received wounds and died as a result of shelling of his car in the Nazran District, an Ingush law enforcement source has reported.

According to his story, the incident took place in the village of Yandare, Nazran District.

"Unidentified people have shelled, presumably, from firearms, a passenger car," the "Interfax" quotes its source.

The "Caucasian Knot" has reported that on June 27, two persons were wounded, including a law enforcer, when a car was shelled in the village of Surkhakhi near Nazran.

This article was originally published on the Russian page of 24/7 Internet agency ‘Caucasian Knot’ on July 28, 2020 at 10:20 pm MSK. To access the full text of the article, click here.

Number of victims in shootout on Nazran outskirts rises to five, Two law enforcers fell victim to shootout in Ingushetia, Ingush native and policemen wounded in shootout in Moscow.