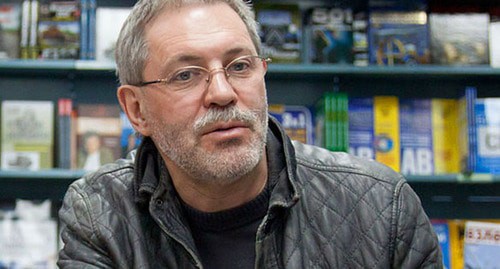 Circassian activists began collecting signatures to the petition addressed to the Public Prosecutor General demanding to punish Mikhail Leontiev, a journalist and press secretary of the "Rosneft", who spoke out against the demolition of the Monument to the Feat of Russian Soldiers in Adler.

The "Caucasian Knot" has reported that Circassian activists succeeded in dismantling the memorial sign "Monument to the Feat of Russian Soldiers" in Adler, which was erected in the place of the fort erected by Russian troops in 1837, during the Caucasian War.

Circassian activists asked Igor Krasnov, the Russian Public Prosecutor General, to give a legal assessment of Mikhail Leontiev's words, pronounced on July 10 in the programme "Success Formula" on the "VestiFM" radio, and to bring him to justice.

In their opinion, Leontiev's statements fall under the criminal articles on incitement of hatred and calls to extremist activities, and form negative stereotypes about Circassians.

"Be happy that you are tolerated here," Leontiev's words are quoted in the petition. Activists also quoted threats in his speech: "Thus, guys, we have two options: we tolerate and localize you. Or we eliminate and exterminate you."

The authors of the petition have accused the "Rosneft" press secretary of justifying violence, a conquest war and genocide. "This is a modern articulation of the neo-imperial colonial policy that poses a potential threat to Russia's security and stability," activists have warned.

This article was originally published on the Russian page of 24/7 Internet agency ‘Caucasian Knot’ on September 18, 2020 at 08:36 pm MSK. To access the full text of the article, click here.