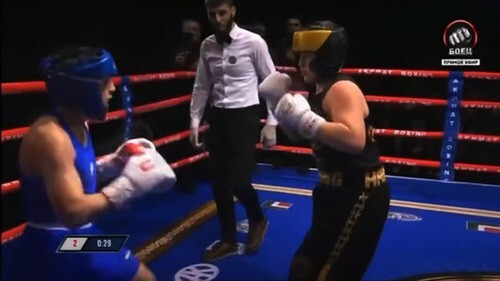 Coaches and tournament organizers, who are affiliated with the leader of Chechnya and who do not want to upset him, often arrange victories of Kadyrov’s sons, Chechen human rights defenders suggest.

The “Caucasian Knot” has reported that during a fight at the “Time of Legends-6: Special Operation” tournament, 13-year-old Adam Kadyrov defeated Aslan Bittirov, a fighter from Kabardino-Balkaria, with technical knockdown. During the fight, a referee began to count the knockdown, and, at the same time, an Aslan Bittirov’s assistant threw out a towel, and the referee stopped the fight. The situation provoked a lot of posts in the media and social media platforms. In their comments, social media users claimed that the referee began to count the knockdown, despite the fact that Aslan Bittirov did not touch the floor with his hand or knee.

The fights in which rivals lose to sons of the leader of Chechnya are not deliberately staged at the direct instructions of the regional leaders, but occur due to the own initiative of tournament organizers, Chechen human rights defender Oyub Titiev suggests.

“I cannot say exactly how this is planned. I do not exclude that both options may be possible. However, it seems to me that during such tournaments, no instructions from the top are needed. Everything is being done on the organizers’ own initiative. And it is clear for everyone, who should win,” Oyub Titiev told the “Caucasian Knot” correspondent.

Ruslan Kutaev, the president of the Assembly of Caucasian Nations, agrees with Oyub Titiev. “Ramzan Kadyrov always really wants his sons to win. He wants his children to be taught to win, but through training, education, and not by awarding undeserved victories. I do not think he gives instructions to award victories. These are steps of his associates, who render him an ill service,” Ruslan Kutaev told the “Caucasian Knot” correspondent.

This article was originally published on the Russian page of 24/7 Internet agency ‘Caucasian Knot’ on April 26, 2021 at 06:32 pm MSK. To access the full text of the article, click here.