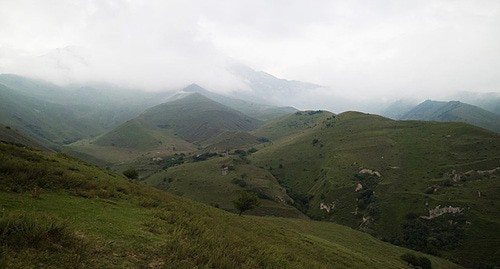 The victims returned to the territory of Ingushetia and went to a hospital, where they were diagnosed with bruises and hematomas. One of the beaten victims got brain concussion, an employee of the Erzi Nature Reserve reported.

Another employee of the Erzi Nature Reserve informed the “Caucasian Knot” correspondent that all four his colleagues who fell victim to the beating received medical assistance at the Sunzha Regional Hospital. Three were sent home at once, while their fourth colleague was hospitalized. He remains at the hospital.

While being at the hospital, the victims registered the signs of beating on their bodies. Later, they filed complaints to the police. The victims addressed the Sunzha ROVD (District Interior Division) of Ingushetia, the employee of the Erzi Nature Reserve said. Since the incident took place on the territory of Chechnya, the investigation into the case will be carried out by the Chechen police, that means, the complaints filed to the Ingush police will be forwarded to Chechnya.

This article was originally published on the Russian page of 24/7 Internet agency ‘Caucasian Knot’ on May 26, 2021 at 04:54 pm MSK. To access the full text of the article, click here.

Telegram chat moderators lodge to ICRF a complaint about torture in Chechnya, Rights defenders doubt prospects of objective inquiry into case of Magamadov and Isaev, Relatives of Chechens Magamadov and Isaev released after detention.