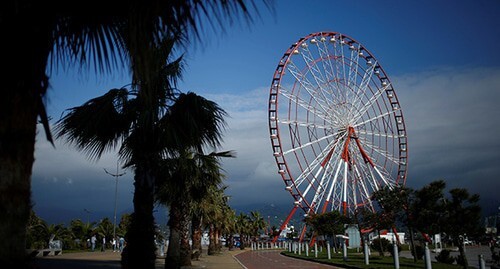 Influx of tourists from Turkey supports tourism sector in Adjara

With the resumption of overland communication with Turkey, Batumi opened casinos, which suffered significant losses during the quarantine. The border is also open for Adjarian entrepreneurs, but some of them went bankrupt before the quarantine measures were mitigated.

The “Caucasian Knot” has reported that since June 1, tourists are allowed entering Georgia, which earlier closed its borders because of the pandemic. The country’s authorities expected an increase in tourist flow, but the number of tourists is now a record low within the recent years, notes Shota Alaverdashvili, the head of the Association of Tourism Industry. Hoteliers complain that many hotels in Adjara are empty amid a weak tourist flow.

Noticeably more tourists entered the country after the opening of the land border, the Department of Resorts and Tourism of Adjara reports.

It should be noted that in March, casinos of Batumi and Tbilisi could not open, including because of the lack of tourists. Furthermore, the government refused to write off taxes for 2020 when the casinos did not work.

For some Adjarian entrepreneurs, the border opened too late. “While the border was closed, we could not import goods for our business related to the sale of household utensils. So, the business went bankrupt,” local resident Nato complained.

This article was originally published on the Russian page of 24/7 Internet agency ‘Caucasian Knot’ on June 18, 2021 at 04:34 pm MSK. To access the full text of the article, click here.