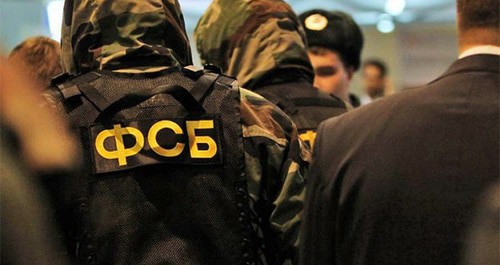 The alleged militant from the Astrakhan Region shot dead by law enforcers had planned to commit attacks with firearms and cold weapons, while the five persons liquidated in the counterterrorist operation (CTO) conducted in Kabardino-Balkaria had prepared to blow up Muslim buildings, the Russian FSB (Federal Security Bureau) has informed.

The "Caucasian Knot" has reported that on July 1, the FSB informed that in the Astrakhan Region, at an attempt to detain him, a supporter of the “Islamic State” (IS)*, a terrorist organization banned in Russia by the court, put up armed resistance and was shot dead, while his accomplice was detained in Moscow. The FSB did not specify the date of the special operation.

On July 5, the FSB reported on the prevention of a series of terror acts planned in the summer of 2021 by members of the IS*’ conspiratorial cells.

The five persons killed in Nalchik and Baksan on July 3, had prepared terror acts "against the objects of the official Islamic clergy" of Kabardino-Balkaria, press release also reports.

At night on July 3, a CTO regime was introduced in Nalchik and then in Baksan. The Russian National Antiterrorist Committee (NAC) has stated that during the CTO five militants were killed in Nalchik and in the vicinity of the village of Baksanenok. According to journalist Nadezhda Kevorkova, all five persons declared killed during the special operation had been kidnapped earlier.

The identities of those killed and detained are not disclosed in the investigators’ interests, the FSB has emphasized.

* Islamic State (IS, former ISIL) is a  terrorist organization, banned in Russia by the court

This article was originally published on the Russian page of 24/7 Internet agency ‘Caucasian Knot’ on July 5, 2021 at 02:35 pm MSK. To access the full text of the article, click here.

Human rights defenders suggest CTO in Nalchik could be staged, Sources tell about kidnapping of five persons before CTO in Nalchik, CTO regime lifted in KBR.