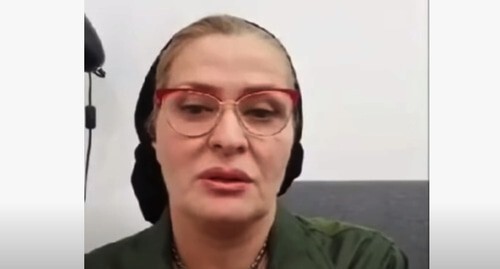 Rubati Mitsaeva, a former member of the government of self-proclaimed republic of Ichkeria, explained her desire to return to Chechnya. Rubati Mitsaeva claims she wants to live in her homeland among her relatives and said that she had stopped engaging in politics. Ramzan Kadyrov may benefit from the Rubati Mitsaeva’s return to the republic, Alexei Malashenko believes.

The “Caucasian Knot” has reported that on October 6, Rubati Mitsaeva, Akhmed Zakaev’s comrade-in-arms, living in Germany, asked Ramzan Kadyrov to let her return to Chechnya.

Rubati Mitsaeva has repeatedly shared with the “Caucasian Knot” the details of the everyday life of Chechen natives in Germany. In particular, in February 2020, she said that members of the Chechen Diaspora did not feel safe. Rubati Mitsaeva herself faced harassment on social media after her mobile phone with personal data was stolen.

“I am a middle-aged woman, not very healthy, I want to live in my homeland, visit the graves of my mother, father, brothers, and be with relatives. I have lived without my family members since 1994. This is a normal desire of a woman, and no one has the right to reproach me for that,” Rubati Mitsaeva said.

Moreover, according to Rubati Mitsaeva, she was “retired” from political work, and “she is no longer needed.” The woman clarified that she left the government of Ichkeria* a year ago.

The return of Rubati Mitsaeva will not in the least affect the government of Ichkeria in exile, suggests Ruslan Kutaev, the president of the Assembly of Caucasian Nations. He believes many of those who call themselves patriots of Ichkeria and ended up abroad would not have gone there under other circumstances and would not have gone against the authorities in Chechnya in the future.

Caucasian expert Alexei Malashenko believes the nostalgia is the main reason of the Rubati Mitsaeva’s desire to return to homeland.

“The Chechens have a very touching attitude towards their homeland, graves of their ancestors. The desire to return to homeland, especially when a person is already aged, is quite natural,” Alexei Malashenko said.

This article was originally published on the Russian page of 24/7 Internet agency ‘Caucasian Knot’ on October 8, 2021 at 05:47 am MSK. To access the full text of the article, click here.