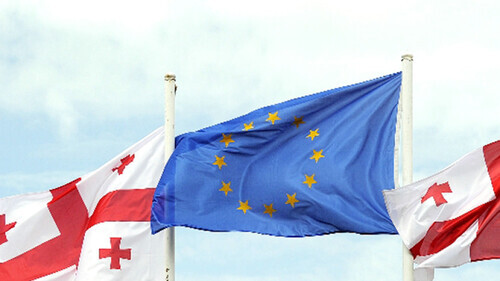 Georgia has received a questionnaire to be answered in order to become candidate country for the European Union (EU), although the Georgian authorities had expected that the EU would issue this questionnaire only in a few years, Salome Zurabishvili has stated.

In Luxembourg, the above questionnaire was handed over to Georgia in order to obtain the status of an EU candidate country, the "InterPressNews" reported on April 11, citing the Georgia's Ministry of Foreign Affairs (MFA).

"Having applied for EU membership and receiving today the questionnaire for obtaining the status of a candidate country, Georgia is moving to a qualitatively new, more ambitious and important stage for the country in the process of EU integration," the "InterPressNews" has quoted the Georgia's MFA as stating.

This is a new extraordinary chance for Georgia, the Georgian President, Salome Zurabishvili, believes.

"Today [April 11] is one of the most significant days in Georgia's history. Today, we've received the EU questionnaire, which, probably, we hadn't hoped to get for several more years," the "Georgia Online" quoted President Zurabishvili as saying on April 11.

"We have to thank all the EU Member States and the EU leadership, the European Commission and the European Council for this, but even more we have to thank Ukraine and the Ukrainian struggle. If not for this Ukraine's selfless struggle, perhaps, this day would not have come; at least it would not come so quickly. Because of this tragic situation, the EU decided to speed up this process and make it more political than bureaucratic," Salome Zurabishvili has stated.

This article was originally published on the Russian page of 24/7 Internet agency ‘Caucasian Knot’ on April 12, 2022 at 08:54 am MSK. To access the full text of the article, click here.