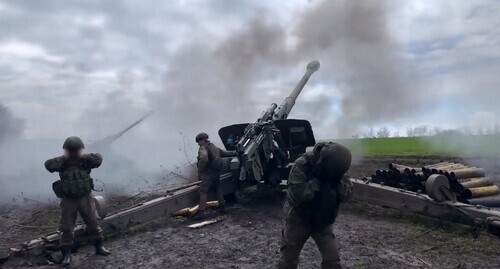 Since the start of the special operation in Ukraine, it became known about the deaths of at least 179 natives of Northern Caucasus and 71 residents of the Southern Federal District (SFD); these are the data of the calculations run by the "Caucasian Knot" based on officially confirmed information. Most of the casualties are from Dagestan.

At least 71 people from the SFD have perished in the hostilities, as reported by local authorities. Thus, the authorities of the Volgograd Region have confirmed the deaths of 25 natives; of the Krasnodar Territory – the deaths of 18 natives, and of the Astrakhan Region – of 15 deaths. The deaths of nine natives of the Rostov Region and four natives of Kalmykia in the special operation have been officially confirmed. By 7:40 p.m. Moscow time on April 30, the authorities of Adygea had not reported any deaths of republic's natives in Ukraine.

The "Caucasian Knot" is running a named list of all the natives of Southern Russia who have perished during the military operation in Ukraine. The list is based on the data officially confirmed by regional authorities.

This article was originally published on the Russian page of 24/7 Internet agency ‘Caucasian Knot’ on April 30, 2022 at 07:51 pm MSK. To access the full text of the article, click here.