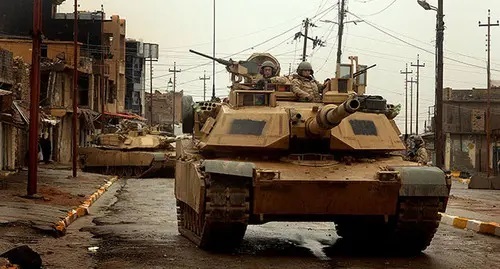 Two children kept in a penitentiary institution in Iraq have been repatriated to Azerbaijan. The total number of Azerbaijani citizens repatriated from Iraq has reached 290.

The “Caucasian Knot” has reported that the authorities of Azerbaijan periodically report about the return of natives of the country from the countries of the Middle East. In the period from 2018 to the end of 2020, 248 children were returned from Iraq.

Today, two children kept in a penitentiary institution in Iraq have been repatriated along the Baghdad-Istanbul-Baku route, the “Caucasian Knot” correspondent has learned from the press service for the Ministry of Foreign Affairs (MFA) of Azerbaijan.

Upon arrival in Azerbaijan, the repatriates undergone the necessary medical examination and were placed in an appropriate institution for reintegration and rehabilitation. After the completion of the relevant procedures, the children will be handed over to their relatives, the Azerbaijan’s MFA reports.

According to the Azerbaijani diplomats, the number of country’s citizens repatriated from Iraq has reached 290 people, including 288 children and two women.

This article was originally published on the Russian page of 24/7 Internet agency ‘Caucasian Knot’ on May 25, 2022 at 01:49 pm MSK. To access the full text of the article, click here.

Twelve natives of Azerbaijan returned from Syria, About 40 children brought from Iraq to Azerbaijan, Two Azerbaijani citizens suspected of links with militants.