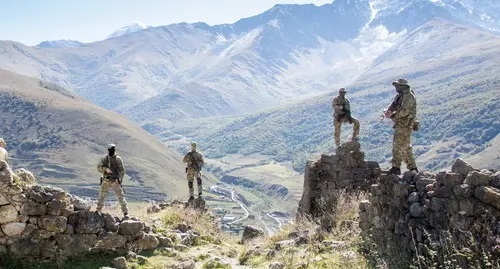 On May 30-June 5, 2022, no one fell victim to armed conflict in Northern Caucasus

During the week of May 30-June 5, 2022, no killed or wounded in the ongoing armed conflict in Northern Caucasus were reported. These are the results of the calculations run by the “Caucasian Knot” based on its own materials and information from other open sources.

On May 30, the Southern District Military Court pronounced a verdict in a case against Asker Khamukov and Lianna Khamukova on financing a terrorist organization. According to the investigators’ and court’s version, in 2013, the defendants joined a subunit of the “Imarat Kavkaz”*, provided their housing to militants for shelter, delivered food for them, and kept prohibited items and substances at home. In 2015, the defendants organized an online fundraiser and donated 1,402,900 roubles for militants of the “Islamic State” (IS)*.

On the same day, a court sentenced four residents of Ingushetia to long terms of imprisonment, finding them guilty of plotting a terror act during the 2018 World Cup, justifying terrorism, illegal possession of weapons, and membership in the “Islamic State”*. The convicts themselves stated that they confessed to the crime under torture.

Every month, quarter, and every year, the “Caucasian Knot” posts statistics with regard to victims of the armed conflict in the regions of the North-Caucasian Federal District (NCFD) in Section “Northern Caucasus: Statistics of Victims”.

This article was originally published on the Russian page of 24/7 Internet agency ‘Caucasian Knot’ on June 6, 2022 at 12:07 pm MSK. To access the full text of the article, click here.