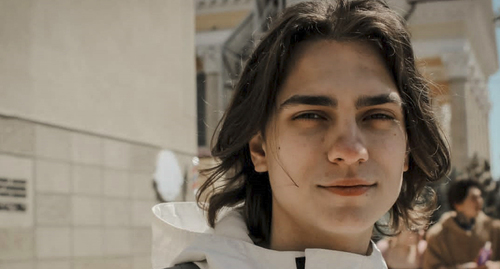 After refusal from service, Stavropol activist accused of discrediting militaries

Savely Morozov, an activist from Stavropol, has asked for a chance to undergo an alternative military service. The drafting commission has listened to his arguments; and on the following day law enforcers drew up a protocol on discrediting the Russian Army against him.

The "Caucasian Knot" has reported that protocols are periodically drawn up against residents of the Stavropol Territory under the article on discrediting the Russian Armed Forces. Thus, on May 13, it became known that the Essentuki City Court had fined three locals by the amount from 30,000 to 35,000 roubles, finding them guilty under this article.

With regard to Savely Morozov, a local resident, the Oktiabrsky District Court of Stavropol received a protocol drawn up under an article on discrediting Russian militaries, Vitaly Zubenko, an advocate for Morozov, has stated. According to the advocate, in mid-May, Morozov came to the military commissariat and said that he was against the special operation and asked to call him up to an alternative military service.

After the sitting of the drafting commission, which considered Savely's application, he was summoned to the police, where he was told that his statements at the sitting fell under the article on discrediting the Russian Army.

This article was originally published on the Russian page of 24/7 Internet agency ‘Caucasian Knot’ on June 9, 2022 at 06:57 am MSK. To access the full text of the article, click here.

Police search a house of parents of “Fortanga” editor-in-chief in Sunzha, Lawyers treat persecution of schoolgirl and her mother in Izberbash as unjustified, Novorossiysk activist fined under article about army discrediting.