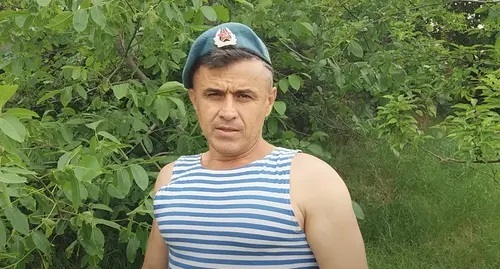 In Novorossiysk, another protocol under the article on discrediting the Russian armed forces was drawn up against Askhabali Alibekov, known as an author of the “Wild Paratrooper” blog, after he posted a video on the Internet calling for a stop to the special military operation in Ukraine. The second protocol threatens Askhabali Alibekov with a criminal case.

The “Caucasian Knot” has reported that on May 12, it became known that Askhabali Alibekov was found guilty of discrediting the Russian armed forces. The activist said that he did not agree with the court’s decision and that he intended to appeal against it.

On June 8, a new administrative case against Askhabali Alibekov was received by the Oktyabrsky Court of Novorossiysk. The activist is accused of discrediting the Russian armed forces, the “OVD-Info”* reported.

“Now a protocol has been drawn up for a video on my channel calling to stop [the special military operation in Ukraine] and return our guys home. I have already filed an appeal to the Krasnodar Regional Court concerning the court’s decision on the first protocol,” said Askhabali Alibekov as quoted by the “Kavkaz. Realii”*.

If both protocols come into force, the blogger will face a criminal case.

*This is a fragment of a message created and disseminated by a foreign mass media outlet performing the functions of a foreign agent.

This article was originally published on the Russian page of 24/7 Internet agency ‘Caucasian Knot’ on June 9, 2022 at 07:56 am MSK. To access the full text of the article, click here.

After refusal from service, Stavropol activist accused of discrediting militaries, Police search a house of parents of “Fortanga” editor-in-chief in Sunzha, Lawyers treat persecution of schoolgirl and her mother in Izberbash as unjustified.