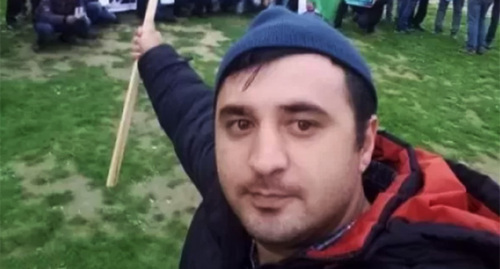 The “Caucasian Knot” has reported that PFPA activist Pyunkhan Kerimli, who was deported to Azerbaijan from Germany in November 2021, was placed in custody on the charge of drug trafficking. Pyunkhan Kerimli is being persecuted for political reasons, his brother and a party colleague believe.

Today, at the Baku Court on Grave Crimes, Judge Samir Aliev has announced the completion of the judicial investigation, the “Caucasian Knot” correspondent has been informed by Pyunkhan Kerimli’s advocate Djavad Djavadov. According to the advocate, after the Judge’s speech, the floor was given to the public prosecutor who requested the court to sentence Pyunkhan Kerimli to 7 years and 6 months of imprisonment.

After the public prosecutor had voiced his request, advocate Djavad Djavadov delivered a closing speech. “We stated the position of the defence, which is that the charge brought against Pyunkhan Kerimli is unfounded and is not based on reliable evidence,” the advocate said. He added that the defence requested the court to acquit Pyunkhan Kerimli.

This article was originally published on the Russian page of 24/7 Internet agency ‘Caucasian Knot’ on June 22, 2022 at 06:33 pm MSK. To access the full text of the article, click here.