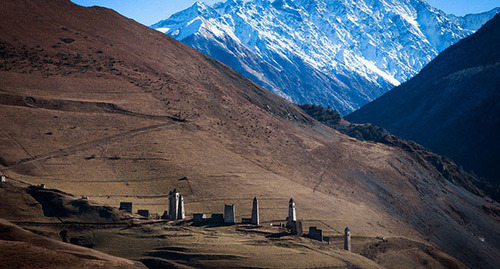 A conversion of a part of the "Erzi" Nature Reserve into the "Daimokhk" National Park will allow erecting economic facilities in its lands, which could turn into an environmental disaster, experts have commented on the idea of creating a national park on the Chechen-Ingush border.

The "Caucasian Knot" has reported that the idea of creating the "Daimokhk" National Park on the border creates a risk of resumption of territorial disputes; the idea needs correction, since the creation of the park should not look like a transfer of Ingush lands to Chechnya, the experts earlier interviewed by the "Caucasian Knot" have pointed out.

If Chechen authorities manage to change the legal status of a part of the "Erzi" Reserve, then construction of economic facilities in the established "Daimokhk" National Park will become legal, which is prohibited in reserves, Mikhail Kreindlin, an expert on specially protected natural areas of the Russian Greenpeace, has stated, that "the allocation of a part of the 'Erzi' Reserve into a separate national park is actually a lowering of the status of the protected area."

Any change in the reserve's status could result in a "catastrophe," says Alexander Fyodorov, a deputy director of the Centre for Environmental and Social Programmes, a member of the Moscow Public Chamber. He admits that if the status of the reserve is changed, the ecosystem will be disturbed. The final decision will be made by the Russia's Ministry of Natural Resources, which, guided by the arguments of Chechen authorities and the attached examinations, may well change the status of the "Erzi" Reserve, Mr Fyodorov has noted.

This article was originally published on the Russian page of 24/7 Internet agency ‘Caucasian Knot’ on June 22, 2022 at 09:15 pm MSK. To access the full text of the article, click here.