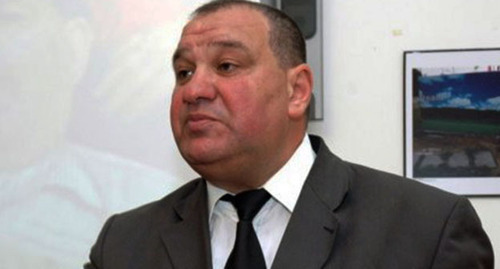 Vidadi Iskenderov, an Azeri human rights defender and an immigrant living in France, was detained after an attack on him. The French prosecutor's office found out that he had used cold arms in self-defence, recognized him as a victim and released him; the police took Iskenderov under protection.

The "Caucasian Knot" has reported that the attack on the Azerbaijani political emigrant, Vidadi Iskenderov, was committed on June 16 in the French city of Mulhouse. The activist was stabbed. Iskenderov believes that Azerbaijani authorities are behind the attack.

A day after the attack, he was detained by the police, Vidadi Iskenderov himself told the "Caucasian Knot" correspondent. "But two days later I was released on the decision of the French prosecutor's office, which cancelled the criminal case and recognized me as a victim. The inquiry into the attack on me is now being conducted by a special division of the French prosecutor's office," Iskenderov has added.

He is sure that the attack was planned with the intent to kill him. "I have been living in Mulhouse for only two years. I have no conflicts and no hostility with any of local residents. The above special division that is investigating the case already knows about attacks on other Azerbaijani political emigrants – on Mukhammed Mirzali in France, and Manaf Djalilzade – in Switzerland. Law enforcers are well aware that Azerbaijani authorities have opened a big hunt for bloggers, journalists and human rights defenders living in Europe," Mr Iskenderov has stated; he himself is a former investigator.

Policemen have been assigned to ensure Iskenderov's safety.

He has recalled that because of his human rights and social activities, he was also persecuted in Azerbaijan. "In France, I continued criticizing Azerbaijani authorities, and therefore, they chose me as a target for repressions," Vidadi Iskenderov has concluded.

This article was originally published on the Russian page of 24/7 Internet agency ‘Caucasian Knot’ on June 23, 2022 at 08:08 am MSK. To access the full text of the article, click here.