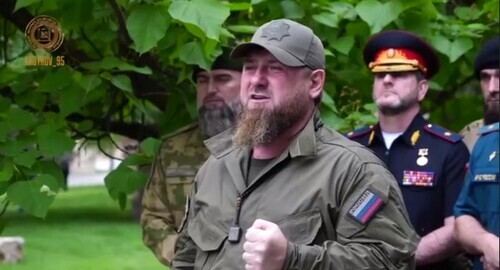 The formation in Chechnya of military units subordinated to the Ministry of Defence (MoD) indicates that Ramzan Kadyrov has acquired the status of a federal-level politician, Alexei Malashenko, a political analyst, believes. The formation of new battalions was entrusted to the head of Chechnya, since in the regions it is very difficult to recruit people for the special operation, while Chechnya already has such experience, Ruslan Kutaev, the President of the "Assembly of Caucasian Nations" believes.

The formation by Chechen authorities of units subordinated to the MoD speaks of an increase in Kadyrov's status, Alexei Malashenko believes. He has suggested that the formation of battalions is a consequence of Kadyrov's active work in Ukraine.

The formation of new battalions will strengthen Kadyrov's influence, Ruslan Kutaev has noted.

The decision to form new battalions was Kadyrov's initiative; and it will strengthen the position of Kadyrov people in the country's military-defence hierarchy amid the ongoing special operation in Ukraine, experts have suggested.

This article was originally published on the Russian page of 24/7 Internet agency ‘Caucasian Knot’ on June 29, 2022 at 00:40 am MSK. To access the full text of the article, click here.