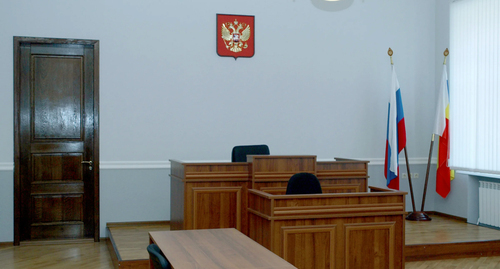 A court in Azov has fined Darya Kulikovskaya, a local resident, finding her guilty of discrediting the Russian Armed Forces, after she has replenished her bank card with a banknote bearing a pacifist slogan. Kulikovskaya said she would appeal against the judgement.

Darya Kulikovskaya, 30, said that in April she replenished her bank card through an ATM (Automated Teller Machine). Two weeks later, the police came to her home.

According to Darya, she was accused of inserting a banknote with pacifist slogans into an ATM; a protocol was drawn up against her on discrediting the Russian Armed Forces.

She has explained that the banknote, to which the police had claims, had inscriptions about the actions of Russian militaries.

Investigators have failed to establish any Kulikovskaya's guilt, Musa Pliev, her advocate, has stated.

"No one saw her inserting the banknote into the ATM, there are no her fingerprints ... They should prove that the banknote had belonged to her and that she had known that it had been disfigured. She could get it at a store and went to replenish her card. It is very difficult to prove anything here," Musa Pliev has summed up.

According to the advocate, responsibility comes when there is guilt in the form of intent.

This article was originally published on the Russian page of 24/7 Internet agency ‘Caucasian Knot’ on June 30, 2022 at 05:27 am MSK. To access the full text of the article, click here.