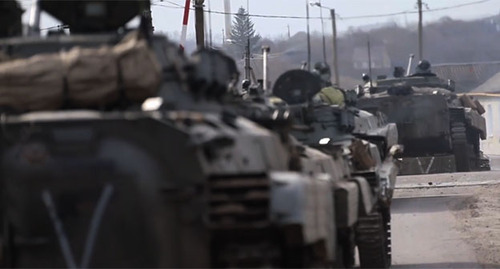 Since the start of the military operation in Ukraine, regional authorities have reported the deaths of at least 312 natives of the North-Caucasian and 138 – of the Southern Federal District (NCFD and SFD). Most casualties were from Dagestan – at least 159 persons.

The "Caucasian Knot" has reported that on March 25, the Russian Ministry of Defence (MoD) announced the deaths of 1351 servicemen and the wounding of 3825 others.

Since the start of the special operation, SFD authorities have reported the deaths of at least 138 locals. Thus, in the Volgograd Region, the deaths of 46 natives were confirmed; in the Krasnodar Territory – 30 natives; the Rostov Region – 27 natives. The deaths of 24 natives of the Astrakhan Region, seven – of Kalmykia and four – of Adygea were also confirmed.

During the military operation in Ukraine, more law enforcers from Northern Caucasus perished than in the last eight years of the armed conflict, during which 143 law enforcers perished.

This article was originally published on the Russian page of 24/7 Internet agency ‘Caucasian Knot’ on July 1, 2022 at 07:53 pm MSK. To access the full text of the article, click here.