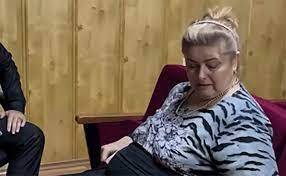 Zarema Musaeva’s advocates complain about being watched in Chechnya

On July 5, at least seven persons in several vehicles all day followed advocates of Zarema Musaeva in Chechnya, the defenders themselves reported. They took the surveillance of law enforcers as a method of pressure and requested to launch an inspection.

The “Caucasian Knot” has reported that on July 5, in Grozny, a court prolonged until September 12 the arrest of Zarema Musaeva, accused of fraud and an attack on a law enforcer. The health state of Zarema Musaeva, who suffers from diabetes, is getting worse in detention, states her son Abubakar Yangulbaev.

The advocates of Zarema Musaeva asked Alexander Bortnikov, the director of the Russian FSB, to conduct an investigation into the fact that they were watched in Grozny on July 5, when a court hearing was to be held in their client’s case. On that day, the judge recused himself, and a new one has not yet been appointed.

Advocate Alexander Nemov associated the surveillance of him and his colleagues in Grozny “with professional activities, namely with the work on Zarema Musaeva’s case.”

Earlier, Chechen leader Ramzan Kadyrov has accused the Yangulbaev family of organizing a terrorist network and said that a place “in prison or underground” awaits them.

This article was originally published on the Russian page of 24/7 Internet agency ‘Caucasian Knot’ on July 25, 2022 at 08:30 pm MSK. To access the full text of the article, click here.

Challenge of Yangulbaev to a duel goes beyond Chechen traditions, Yangulbaev brothers name their mother's kidnappers, Chechnya: judges use self-withdrawal to keep away from Musaeva's case.