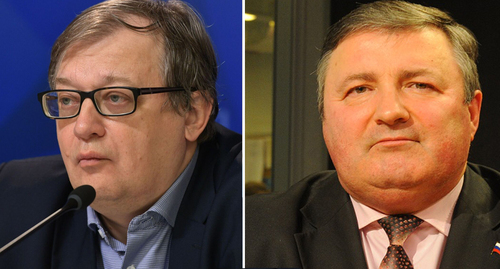 Russia justifiably accused Azerbaijan of violating the ceasefire in Nagorno-Karabakh and would similarly react to the escalation from the Armenian side, as Russia treats attempts to aggravate the conflict over Nagorno-Karabakh during the special military operation in Ukraine as a “knife in the back”, Russian military experts point out.

The “Caucasian Knot” has reported that on August 3, the Russian Ministry of Defence (MoD) blamed Azerbaijan for violating the ceasefire in Nagorno-Karabakh.

The Russian MoD supported the Armenian side of the conflict because Azerbaijan really violated the ceasefire, military expert Alexander Khramchikhin believes, while “the escalation of the conflict in South Caucasus is extremely disadvantageous for Russia in connection with the special military operation in Ukraine.”

“The violation [by Azerbaijan of the ceasefire] is an objective reality. And the actions of Azerbaijan are a stab in the back for Russia. Russia absolutely does not need the conflict over Nagorno-Karabakh to arise now, when the hostilities are taking place in Ukraine. And Azerbaijan is namely uses it,” Alexander Khramchikhin told the “Caucasian Knot” correspondent.

When commenting on the escalation of the conflict, military expert Alexander Perendjiev has emphasized that the reaction of the Russian MoD to such actions by both Baku and Yerevan will almost always be negative, since Russia takes a neutral position. “The mission of peacekeepers is always thankless. And both sides of the conflict will have claims against those who are trying to separate them,” Alexander Perendjiev said.

According to the military expert, the negotiation process on Nagorno-Karabakh “has reached an impasse and must be modernized.”

This article was originally published on the Russian page of 24/7 Internet agency ‘Caucasian Knot’ on August 4, 2022 at 01:25 pm MSK. To access the full text of the article, click here.