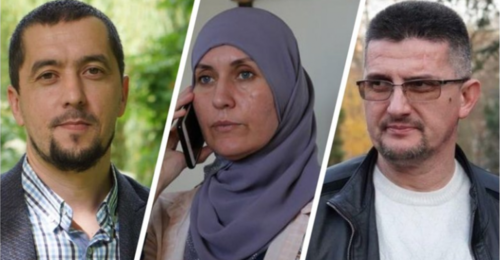 The Department for Chechnya of the Ministry of Justice has succeeded in pressure on the local bar association to withdraw the status of three of its former members working in Crimea. The disqualified lawyers associated the decision with political persecution and plan to appeal against it, human rights defenders report.

The Chamber of Lawyers of Chechnya has deprived lawyers Lilya Gemedji, Rustem Kyamilev, and Nazim Sheikhmambetov of their professional status. As a result, the lawyers cannot participate in criminal cases and are not eligible to take an exam for re-acquisition of status within a year, the civil rights project “For Human Rights”* reported on its website on August 4.

The lawyers are already preparing complaints that they can send to a court and the Federal Chamber, Nazim Sheikhmambetov reports.

“It is unprecedented when three lawyers are simultaneously deprived of their status. Nothing of that kind has happened during eight years of advocacy activities, including of our colleagues in Crimea,” Nazim Sheikhmambetov noted. The lawyer associates the decision “with political persecution by the law enforcement bodies,” human rights defenders report.

This article was originally published on the Russian page of 24/7 Internet agency ‘Caucasian Knot’ on August 5, 2022 at 12:04 pm MSK. To access the full text of the article, click here.

Chechnya: judges use self-withdrawal to keep away from Musaeva's case, ICRF refuses to check threats against Yangulbaevs, Rights defenders explain motives for complaint to the ECtHR on Musaeva's case.