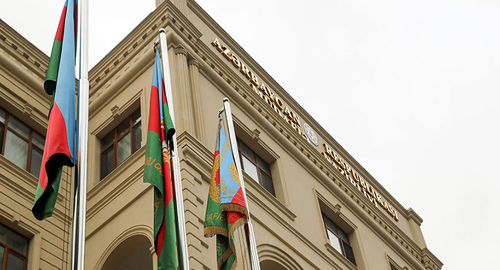 There are no changes in the operational situation in Nagorno-Karabakh, the Ministry of Defence (MoD) of Azerbaijan reports today, without confirming the information that the Azerbaijani troops left the occupied heights. The reliability of reports about the withdrawal of troops is questionable, military expert Telman Abilov points out.

Commanders of the Russian peacekeepers held meetings with the Armenian and Azerbaijani sides, during which, in order to de-escalate the conflict, it was decided that the Azerbaijani troops would withdraw from the occupied heights, Nagorno-Karabakh would withdraw its post from Mount Sarybaba a kilometre inland, and the peacekeepers would set up an observation post at the height of Sarybaba and send additional forces “to prevent the passage of Azerbaijani vehicles to the Lachin corridor,” the Russian publication “Russkaya Vesna” reported on the evening of August 4.

Today, an official of the press service for the MoD of Azerbaijan has not confirm the above information to the “Caucasian Knot” correspondent. According to the Azerbaijani MoD’s press officer, after the completion of operation “Retribution” on August 3, “there are no changes in the operational situation.” The press officer refrained from other comments.

This article was originally published on the Russian page of 24/7 Internet agency ‘Caucasian Knot’ on August 5, 2022 at 12:58 pm MSK. To access the full text of the article, click here.