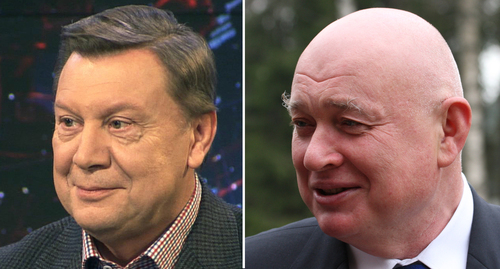 HIMARS to be unlikely delivered to Georgia, experts say

US Congressman Adam Kinzinger voiced the proposal to transfer HIMARS multiple rocket launchers to Georgia on the eve of the elections, counting on the voters’ support, and the supply of those weapons to Georgia is unlikely, Yuri Rogulyov and Pavel Zolotaryov, experts on the US, point out.

The “Caucasian Knot” has reported that on August 1, Adam Kinzinger, the co-chair of the Group of Friends of Georgia in the US Congress, proposed to transfer HIMARS multiple rocket launchers to Georgia. The US Congressman explained his proposal by writing that after the special military operation in Ukraine, Russia might enter into an armed conflict in Southern Caucasus where it controlled Abkhazia and South Ossetia.

The US Congressman’s proposal is “rhetoric and political statements,” believes Yuri Rogulyov, the director of the Roosevelt US Research Foundation at the Moscow State University (MSU). “It seems to me that the United States will not supply those multiple rocket launchers to Georgia. These are political statements at the level of a US congressman,” Yuri Rogulyov told the “Caucasian Knot” correspondent. At the same time, Yuri Rogulyov suggested that Adam Kinzinger would not receive much support from voters after this statement.

The opinion that deliveries of HIMARS multiple rocket launchers to Georgia are unlikely to take place was also expressed by retired Major General Pavel Zolotaryov, the leading researcher at the Department of Military-Political Studies of the Institute for US and Canadian Studies of the Russian Academy of Sciences (RAS).

“As for the possibility of such supplies, if there are no restrictions in terms of international law, then in theory they are possible. If Georgia has the funds to purchase HIMARS, then what prevents the country from buying them? But this is unlikely to become a reality in practice. I do not think that they need those systems now ... These are statements that are aimed at getting the support of the voters,” Pavel Zolotaryov told the “Caucasian Knot” correspondent.

This article was originally published on the Russian page of 24/7 Internet agency ‘Caucasian Knot’ on August 5, 2022 at 04:20 pm MSK. To access the full text of the article, click here.