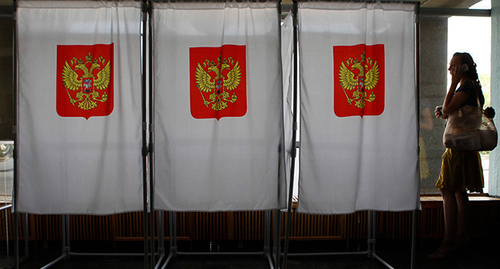 CPRF refuses to recognize outcome of elections in Krasnodar Territory

During the elections in the Krasnodar Territory, numerous violations were recorded, but the election commissions actually ignored them. The Communist Party of the Russian Federation (CPRF) will seek to bring violators to justice, the regional branch of the party announces.

The territorial election commission(TEC) in Gelendzhik did not invite any of the complaining observers to a session summing up the outcome of the elections, although many complaints were filed demanding a recount of votes. The TEC ignored the complaints and did not investigate their details, the “Map of Violations in the Elections”, a project of the “Voice”* movement, reports today.

The CPRF’s regional branch announced that it does not recognize the outcome of the elections in the Krasnodar Territory. The CPRF pointed to multiple violations of the procedure, which were recorded by observers at the polling stations during the voting and counting of votes. However, the election commission of the Krasnodar Territory “actually withdrew from work during the three-day voting period.” “Complaints and appeals sent to the regional election commission in connection with violations at the polling stations and the unwillingness of the precinct commissions to correct the violations committed, often returned to the level of the same precinct commissions that violated the law,” the CPRF’s regional branch notes in its statement.

The CPRF’s members promise that they will seek to bring to justice those who violated the electoral law.

*Included by the Russian Ministry of Justice (MoJ) in the register of unregistered public associations, performing the functions of a foreign agent.

This article was originally published on the Russian page of 24/7 Internet agency ‘Caucasian Knot’ on September 13, 2022 at 01:57 pm MSK. To access the full text of the article, click here.