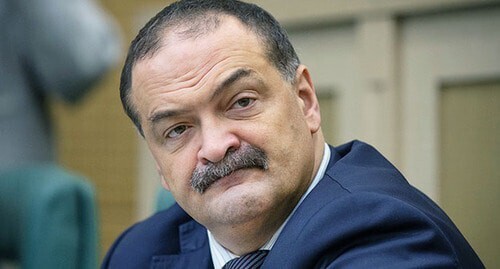 On September 17, Sergey Melikov, the head of Dagestan, expressed his agreement with a number of regional heads on the need for additional measures to support the military operation in Ukraine. Some social network users were sceptical about Melikov's statement, while others have approved it.

The "Caucasian Knot" has reported that on September 15, the head of Chechnya stated that Russian governors should proactively announce self-mobilization in their regions in order to form detachments and send them to Ukraine.

When speaking at a solemn event on the occasion of the 75th anniversary of the city of Kaspiysk, Sergey Melikov has supported Ramzan Kadyrov's initiative to undertake self-mobilization. Melikov said that he agreed with the leaders of the regions, who expressed their readiness to take additional support measures as part of the ongoing operation, the press service of the administration of the head of Dagestan has reported.

This information was posted by a number of Dagestani Telegram channels. Some social media users were sceptical of Melikov's statement. "If people from his team and their children are on the frontline, we'll support them," the user Murad has noted. "There is no law on self-mobilization in Russia, what is it?" the user Kazbek has asked. "I fear that the voluntary can turn into compulsory," the user Zarema has noted.

Some users have supported the head of Dagestan. "Dagestanis are always at the forefront. We don't even need a call," the user Ziyavdin Shashuev has proclaimed.

This article was originally published on the Russian page of 24/7 Internet agency ‘Caucasian Knot’ on September 17, 2022 at 10:09 pm MSK. To access the full text of the article, click here.