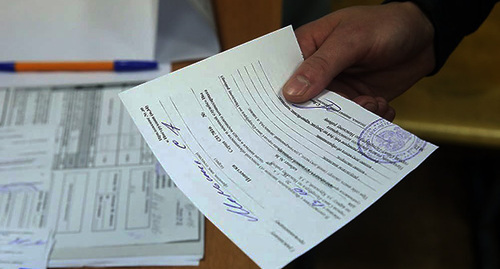 The “Caucasian Knot” has reported that today, Vladimir Putin has announced that he has signed the decree “On announcing partial mobilization in the Russian Federation”. The President of Russia has explained that only reserve military personnel are subject to conscription within the partial mobilization, primarily “those who served in the armed forces, have certain military specialties and relevant experience.” The heads of the regions are instructed to ensure the call-up of reserve military men for military service “in the quantity and within the time limits determined by the Ministry of Defence (MoD).”

Today, lawyer Pavel Chikov has noted that the presidential decree “gives no details of mobilization.” Firstly, mobilization orders will be handed over to reservists, the lawyer explains. “These are men who have served in the Russian army, who signed a contract to stay in the reserve. Secondly, the men who are in the reserve ... Sergey Shoigu set the bar at 300,000 people. If more fighters are needed, the decree allows the mobilization of an unlimited number of conscripts,” Pavel Chikov noted.

Not all categories of citizens are subject to partial mobilization, emphasizes Andrei Kurochkin, the deputy chair of the “Committee of Soldiers’ Mothers of Russia” for protecting the rights of conscripts.

This article was originally published on the Russian page of 24/7 Internet agency ‘Caucasian Knot’ on September 21, 2022 at 11:38 am MSK. To access the full text of the article, click here.