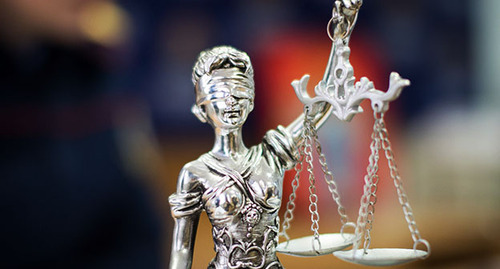 The Fifth Cassation Court found untenable the arguments of the defence of Dagestani residents Rustam Idrisov and Vadim Maksubov about the falsification of a case on drugs and torture of Rustam Idrisov.

The Derbent City Court found Rustam Idrisov and Vadim Maksubov guilty under the article on drug trafficking (Part 1 of Article 228 of the Criminal Code of the Russian Federation) and sentenced Rustam Idrisov to eight and a half years of imprisonment in a high-security penal colony, and fined Vadim Maksubov 40,000 roubles, the “Kavkaz Realii”* reported on September 20.

The defence filed a cassation appeal with indication that the verdict did not correspond to the actual circumstances of the case and was based on evidence obtained under torture, but the court ignored the defence’s arguments, the “Kavkaz Realii”* reported.

*The publication is included by the Russian Ministry of Justice (MoJ) in the register of foreign media performing actions of a foreign agent.

This article was originally published on the Russian page of 24/7 Internet agency ‘Caucasian Knot’ on September 21, 2022 at 03:00  am MSK. To access the full text of the article, click here.