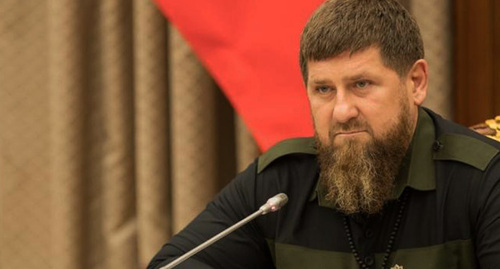 After rally, Kadyrov declares opponents of mobilization enemies of people

The leader of Chechnya supported the partial mobilization announced by the President of Russia. Ramzan Kadyrov called the opponents of the mobilization the enemies of the people and suggested to send to Ukraine the husbands of those women who have come out today to a rally against the mobilization in Grozny.

The “Caucasian Knot” has reported that an audio message from a mother calling on women to gather for a rally in front of a mosque in Grozny and oppose sending their sons to Ukraine has been disseminated among Chechen WhatsApp users.

Ramzan Kadyrov supported the partial mobilization announced by the President of Russia and confirmed that a rally against the mobilization had taken place in Grozny. “In our republic, 15-20 women also came out to protest. Three of them are mothers whose children stay in the territory of the special military operation. And we initially said that we would not take the only son of a family for the special military operation,” Ramzan Kadyrov said. At the same time, the leader of Chechnya added that he did not know how it happened that the only sons of two women had been sent to Ukraine.

Ramzan Kadyrov also expressed threats against husbands of the women, who were protesting against the mobilization today. “Other 15-20 women who received some money from European organizations, they also came out, they also came to protest,” Ramzan Kadyrov said. Meanwhile, according to the leader of Chechnya, most of the protestors were complaining about “housing and social problems.” “I’ve said if those women don’t have men able to keep them at home, to look after them, to provide them with a decent today and tomorrow, then those men should also be on the territory where Russia is conducting the special military operation,” the leader of Chechnya noted. Ramzan Kadyrov added that in the course of participating in the special military operation in Ukraine, men will be able to earn money to provide for their families.

This article was originally published on the Russian page of 24/7 Internet agency ‘Caucasian Knot’ on September 21, 2022 at 04:00 pm MSK. To access the full text of the article, click here.

Call for rally against mobilization spread in Chechnya, In Chechnya, police and National Guard announce more than 2400 vacancies after sending law enforcers to Ukraine, Protesters in Vienna oppose sending fighters from Chechnya to Ukraine.