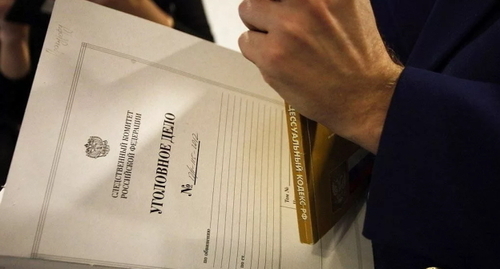 A criminal case against Elena Sumina, a resident of Maikop, who is accused of disseminating fake news about the Russian Armed Forces, has been filed with the Maikop City Court.

The Maikop City Court is considering the case against Elena Sumina instituted under the criminal article about fakes about the Russian Armed Forces, the “OVD-Info”* human rights project reports today.

According to the case file posted on the Maikop City Court’s website, the case was submitted to the court on September 5, and the first court hearing was scheduled for September 19.

*Included in the register of unregistered public associations, performing the actions of a foreign agent.

This article was originally published on the Russian page of 24/7 Internet agency ‘Caucasian Knot’ on September 21, 2022 at 06:26 pm MSK. To access the full text of the article, click here.