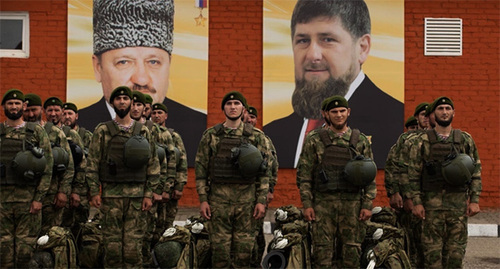 The recruitment of volunteers for Ukraine will continue, despite the partial mobilization announced today in Russia; and the self-mobilization offered by the head of Chechnya will remain relevant, the military experts interviewed by the "Caucasian Knot" have predicted.

The "Caucasian Knot" has reported that on September 15, the head of Chechnya, Ramzan Kadyrov, called on Russian regional governors to proactively announce self-mobilization, form detachments and send them to Ukraine. On September 21, Vladimir Putin declared that he had signed a decree "On the announcement of partial mobilization in the Russian Federation."

Calls for self-mobilization and voluntary sending to hostilities will not lose their relevance after the start of partial mobilization, Mikhail Khodaryonok, a military expert and reserve colonel, is sure.

"As part of the partial mobilization, tankmen, artillerymen, motorized riflemen, as well as aviation and scouts will be called up for service; that is, the people who had been or are directly related to military matters. While within the self-mobilization or the formation of volunteer detachments, not only the military people can go there, but just those who want to become involved in the special operation," Mr Khodaryonok told the "Caucasian Knot" correspondent.

Konstantin Sivkov, Deputy President of the Russian Academy of Rocket and Artillery Sciences, also believes that Kadyrov's calls for self-mobilization and the formation of volunteer battalions in Chechnya and a consolidated detachment of volunteers in North Ossetia have not lost their importance. "All these processes will continued, including in Chechnya, Ossetia, in Southern Russia, and not only there," the expert told the "Caucasian Knot" correspondent.

This article was originally published on the Russian page of 24/7 Internet agency ‘Caucasian Knot’ on September 21, 2022 at 08:19 pm MSK. To access the full text of the article, click here.