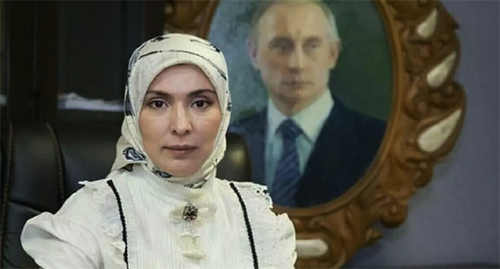 In her appeal to Vladimir Putin, Aina Gamzatova, an adviser and a spouse of the Mufti of Dagestan, noted that young people unprepared for military operations were being mobilized in the republic. Aina Gamzatova asked the President of Russia to give the region six months to train recruits.

The “Caucasian Knot” has reported that on September 25 and 26, in Makhachkala, the police severely dispersed participants of mass protest actions against the mobilization. According to human rights defenders, at least 250 people were detained within two days, including journalists who were covering the protests. People are being persecuted despite their right to peaceful assembly and freedom of expression, a representative of the UN High Commissioner states.

“Within six months, we promise to professionally train Dagestani guys in training centres,” Aina Gamzatova promised in her appeal posted in the Telegram channel of the Muftiate of Dagestan. According to the spouse of the Mufti of Dagestan, she has been among the leaders of the republic’s Muftiate for 27 years and knows the mentality of the Dagestani people.

In her appeal to Vladimir Putin, Aina Gamzatova points out that “absolutely unprepared young people who do not know the technique of warfare and are not familiar with any types of weapons” are being sent to Ukraine from Dagestan.

Let us remind you that in Dagestan, summons from the military registration and enlistment offices often come to those men who have no experience of military operations and have not even served in the army, residents of the republic say. They believe professional soldiers should be sent to the combat zone.

This article was originally published on the Russian page of 24/7 Internet agency ‘Caucasian Knot’ on September 29, 2022 at 03:22 pm MSK. To access the full text of the article, click here.