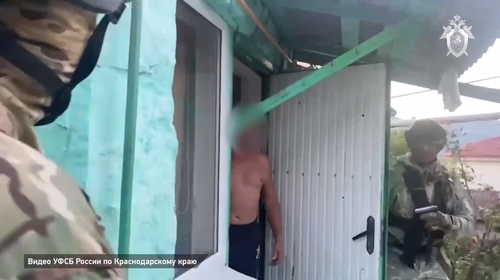 Askhabali Alibekov, a blogger from Kuban (Krasnodar Territory), who was initially placed under recognizance not to leave within the case of spreading fakes about Russian militaries, has been placed in custody. Investigators have achieved his arrest after Alibekov refused to wear a tracking bracelet, his wife said.

On May 12, Alibekov was found guilty of discrediting the Russian Armed Forces. Another protocol under this article arrived in the court after the blogger posted a video with a pacifist appeal on the Internet.

According to investigators, Alibekov, 51, a resident of Novorossiysk, was running his own video channel. In March, he was brought to administrative responsibility for discrediting the Russian Armed Forces for a post in the channel; however, in April, the blogger again posted a video containing some data, discrediting the Russian Army on the video hosting, investigators assert.

Now, he has been charged under an article on committing public actions aimed at discrediting the use of the Russian Armed Forces with the aim of defending the country's interests. The maximum penalty under this article is three years of freedom deprivation.

This article was originally published on the Russian page of 24/7 Internet agency ‘Caucasian Knot’ on September 30, 2022 at 04:55 am MSK. To access the full text of the article, click here.