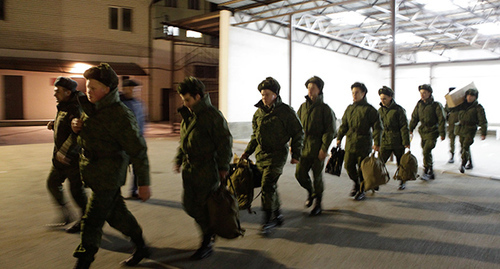 Relatives of Vasily Malinochka, a 38-year-old resident of Krasnodar, demanded from the authorities to cancel the decision to mobilize him. The relatives emphasized that the man suffered from visual impairment and had a specialty that allowed deferment from the military service. The local authorities reported that it was decided to demobilize the resident of Krasnodar.

The “Caucasian Knot” has reported that in Southern Russia, including in the Krasnodar Territory, several attempts have already been recorded to mobilize people who, due to their age or state of health, should not be sent to the combat zone. So, a woman from Kuban complained about the mobilization of her 59-year-old husband who never served in the army.

On his Telegram channel, Veniamin Kondratiev, Governor of Kuban, reported that the decision to mobilize Vasily Malinochka from Krasnodar had been cancelled.

Vasily Malinochka suffers from visual impairment. “He suffers from strabismus, and he even underwent surgery, but the strabismus returned, as he felt nervous. The man is not in the best condition for an infantry shooter,” said lawyer Anton Timchenko as quoted by the “93.ru” publication.

Besides, according to the lawyer, Vasily Malinochka is an IT specialist who is entitled to deferment from the military service.

This article was originally published on the Russian page of 24/7 Internet agency ‘Caucasian Knot’ on September 30, 2022 at 04:50 pm MSK. To access the full text of the article, click here.