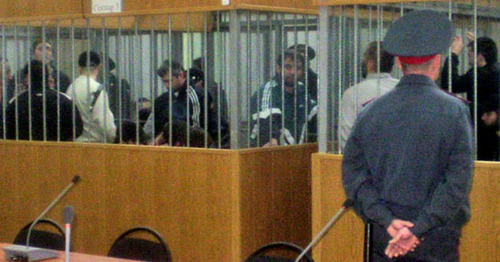 ECtHR awards compensation to those convicted of attack on Nalchik

The European Court of Human Rights (ECtHR) in Strasbourg has acknowledged that law enforcers had tortured 29 convicts in the case of the militant attack on Nalchik, and has decided that they should be paid from 26,000 to 52,000 euros in compensation for their received moral harm. The "Memorial" Centre for Human Rights Defence has called on Russian authorities to resume enforcing ECtHR's decisions.

The "Caucasian Knot" has reported that in August 2021, two convicts stated that law enforcers had tortured them into confessing to participating in the attack on Nalchik in 2005. Then, Russian authorities told the ECtHR that the information about the torture of these people was not confirmed.

On October 4, the ECtHR made a decision on he case "Kudaev et al versus Russia" on the complaints about torture lodged by the above 29 convicts in the case of the attack on Nalchik, the above "Memorial" Centre has reported.

Russian authorities have failed to explain to the ECtHR on how serious wounds appeared on applicants' bodies while they were in law enforcers' hands, the "Memorial" Centre has noted.

Let us remind you that on June 11, 2022, Russian President Vladimir Putin signed a bill on non-execution of ECtHR's decisions issued after March 15, 2022. By September 16, a total of 17,450 applications against Russia remained under consideration by the ECtHR.

This article was originally published on the Russian page of 24/7 Internet agency ‘Caucasian Knot’ on October 5, 2022 at 07:17 am MSK. To access the full text of the article, click here.