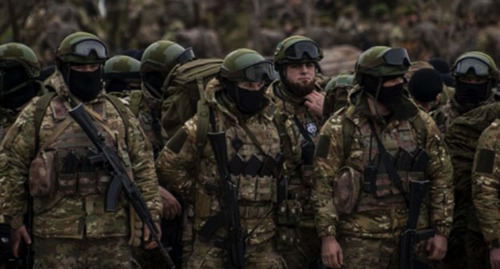 Kadyrov's statement about sending his sons to Ukraine surprises lawyers

Russian laws do not allow sending minors to the war zone, even if they receive a military education, the lawyers, Natalia Sekretaryova and Tamilla Imanova, have noted in their comments to the statement of the head of Chechnya, Ramzan Kadyrov, about his intention to send his minor sons to Ukraine.

Natalia Sekretaryova, the acting head of the legal division of the "Memorial" Human Rights Defence Centre, has sated that international criminal law prohibits the recruitment of children under 15 years of age into the armed forces.

"Accordingly, if a teenager is under 15, then this is a war crime in any case," she has stated, clarifying that teenagers under 18 can undergo military training.

Tamilla Imanova, another lawyer with the "Memorial"**, has added that even if a young man under 18 receives a military specialty, he is still not in the reserve. She has pointed out that the ban on minors' participation in hostilities is regulated by two legislative norms.

This article was originally published on the Russian page of 24/7 Internet agency ‘Caucasian Knot’ on October 5, 2022 at 03:26 am MSK. To access the full text of the article, click here.

Kadyrov's intent to send his sons to frontline spark bewilderment among social media users, Kadyrov promises to send his children to Ukraine, Analysts explain victories of Kadyrov's sons in boxing by demonstration of power.