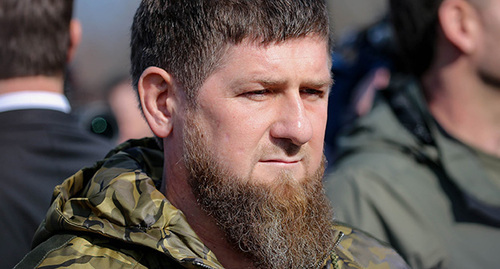 The fact that after searches and arrests in Ingushetia, the leader of Chechnya called members of the Belkharoev family his close friends reminded of Ramzan Kadyrov’s close contacts with followers of Sheikh Batal-Khadji during the establishment of borders between Chechnya and Ingushetia, as well as the attempts of the leader of Chechnya to intercede for Sagid Murtazaliev, who had been put on the wanted list in Dagestan.

The “Caucasian Knot” has reported that Chechen leader Ramzan Kadyrov stood up for the Belkharoev family, several members of which were arrested in Ingushetia. The leader of Chechnya also stated that the term “Batalkhadjin terrorist society” is absurd.

When commenting on the Chechen leader’s visit to the sacred places of the Sheikh Batal-Khadji community, many social media users noted that they considered the trip of Ramzan Kadyrov a method of putting pressure on Yunus-Bek Evkurov, who then held the position of the leader of Ingushetia.

Even before the police showed their interest in checking the activities of Sagid Murtazaliev, Ramzan Kadyrov himself called him “a brother.”

This article was originally published on the Russian page of 24/7 Internet agency ‘Caucasian Knot’ on November 3, 2022 at 01:42 pm MSK. To access the full text of the article, click here.