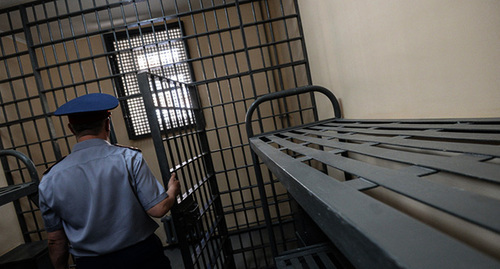 The state prosecutor has demanded to sentence Daud Davydov, a former head of the Makhachkala SIZO (pre-trial prison) to 13 years in prison, and two of his subordinates to nine years; they figure in the case of beating up detainees and extorting money and property.

The "Caucasian Knot" has reported that on February 8, 2021, the investigators reported that the case against a former head of SIZO No. 1 of Makhachkala, his deputy, two employees and a convict had been sent to the court. They are accused of abuse of powers, bribery, extortion and fraud in the amount of more than 9 million roubles.

"The defendants themselves refuse to plead guilty. On November 24, they will make their last word," the "Axioma" human rights project has reported in its Telegram channel.

In this year's spring, Magomed Saliev, a SIZO inspector, was sentenced to 3.5 years in prison after the court found him guilty of abuse of authority and large bribe-taking.

Three of the four above defendants (Daud Davydov, Makhach Vakilov and Abdulla Mirzaev) are accused of abuse of power with the use of violence and extortion in order to obtain property on an especially large scale. Daud Davydov is also charged with taking a large bribe and extorting thereof.

The investigators assert that it was Kurbanaliev who, with the approval of Davydov, was repeatedly beaten up by the SIZO staff, who received a bribe of 150,000 roubles from his wife.

This article was originally published on the Russian page of 24/7 Internet agency ‘Caucasian Knot’ on November 11, 2022 at 03:15 pm MSK. To access the full text of the article, click here.