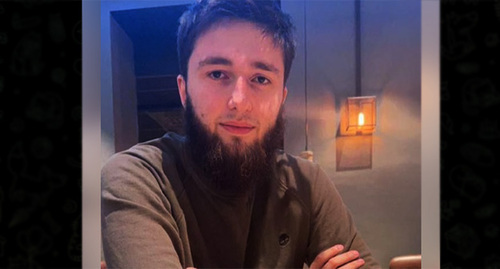 The “Rosfinmonitoring” (the Russian Federal Service for Financial Monitoring) has included Baisangur Yangulbaev in the list of extremists and terrorists. The man himself believes that his inclusion in the list of extremists and terrorists was the result of the institution of some kind of a criminal case. Abubakar Yangulbaev, a brother of Baisangur Yangulbaev, associates the decision of the “Rosfinmonitoring” with his brother’s participation in the activities of the “1Adat”* movement, which is opposed to the authorities of Chechnya.

The “Caucasian Knot” has reported that Ibragim Yangulbaev, a son of Zarema Musaeva, was put on the wanted list in the case on justifying terrorism. On March 30, it became known that investigators in Chechnya had refused to investigate threats to the Yangulbaev family. In February 2020, Ibragim and Baisangur Yangulbaev left for Europe.

On January 20, Zarema Musaeva, a spouse of former federal judge Saidi Yangulbaev, was taken by law enforcers from Nizhny Novgorod to Grozny. On February 1, the woman was accused of assaulting a law enforcer.

Baisangur Yangulbaev believes that his inclusion in the list of extremists and terrorists was the result of the institution of some kind of a criminal case.

“I believe this is connected with my work together with my brother Ibragim for the ‘Adat’* people’s movement. After all, after the kidnapping of our mother Zarema Musaeva, I began to diligently participate in the activities of the movement, which, in principle, I did not hide much,” Baisangur Yangulbaev said.

Lawyer Abubakar Yangulbaev, a brother of Baisangur Yangulbaev, notes there is no information about the institution of a criminal case against his younger brother.

*In July 2021, at the request of the Prosecutor’s Office, the Zavodskoi Court of Grozny recognized a number of posts on the Internet resources of the “1Adat” Movement as extremist. On November 23, 2021, the “Roskomnadzor” (Russian Federal Service for Supervision of Communications, Information Technology) began to block the Internet resources of the opposition movement.

This article was originally published on the Russian page of 24/7 Internet agency ‘Caucasian Knot’ on November 22, 2022 at 03:40 pm MSK. To access the full text of the article, click here.