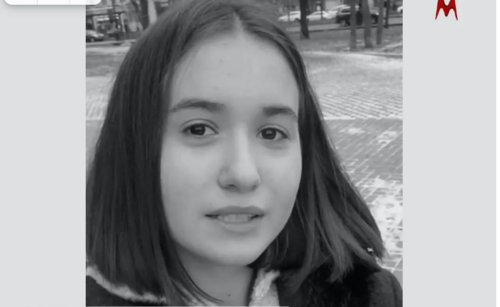 Native of Ingushetia, who ran away from home, tells threat of murder by relatives

Leyla Gireeva, a native of Ingushetia, who fled domestic violence but was found by her relatives in Saint Petersburg, was detained by law enforcers. An activist who came to help the girl was also detained.

The "Caucasian Knot" has reported that domestic violence is not uncommon in the Caucasus, but not everyone is ready to talk about it, let alone decide to run away. Human rights defenders believe that breaking relations with families is often the only way for girls to save their lives.

Relatives of the 18-year-old Leyla Gireeva, who had run away from home in Nazran, arrived at the apartment in Saint Petersburg, where the girl was hiding. "As usual, they had beaten her up; controlled her, took her to Imams. They told her that she was possessed by shaitans ... On November 14, the girl ran away from home. She arrived in another city. But relatives managed to track her down," Svetlana Anokhina, a Dagestani journalist and rights defender from the organization entitled "Marem", wrote on her Instagram*.

Leyla herself said that she left home because her father beat her up. Relatives accused her of a theft in order to put her on the wanted list. Law enforcers have also detained Vladislav Khorev, an activist, who came to help the detained Leyla, the SK SOS Crisis Group has reported in its Telegram channel.

In her explanation that Leila gave to her advocate, Alexander Peredruk, she has stated that her parents "had taken her to people who beat me up with a stick, crushed and hurt me."

"In October, my father beat me up for my intent to change profession and locked me up at home against my will. My mom said that she didn't care about my feelings and my desires and that they would return me home ... I'm afraid to return, because my parents wrote that they would kill me by strangling and bury like a dog," the SK Crisis Group quotes Leyla's explanation in the Group's Telegram channel.

This article was originally published on the Russian page of 24/7 Internet agency ‘Caucasian Knot’ on November 23, 2022 at 11:42 pm MSK. To access the full text of the article, click here.

Dagestani sisters tell details of their escape from home, Woman from Dagestan tells about her victory over domestic violence, Rights defenders treat life threat to Dagestani woman who left Russia as real.