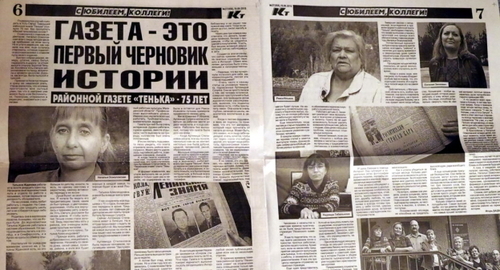 Amid the pressure by high-ranking Dagestani officials, the editorial board of the "Chernovik" (Draft) weekly outlet has decided to suspend its printed version, Magdi Kamalov, the outlet's founder, has announced.

The "Caucasian Knot" has reported that on November 17, the editorial board of the "Chernovik" stated that authorities were hindering the release of the printed version of the weekly. Journalists linked the increased pressure on the outlet with the position of the head of Dagestan, Sergey Melikov. After the printing house in Dagestan refused to print the weekly, another issue thereof was printed in the Rostov Region and brought from there. On November 24, the editorial board of the "Chernovik" announced the disruption of the outlet due to the refusal of the printing house.

The outlet's editorial staff is under authorities' pressure, Magomed Magomedov, a deputy editor-in-chief of the "Chernovik", has stated. "Authorities are consistently putting pressure on printing houses, distributors and advertisers," he has added.

Let us remind you that the socio-political weekly "Chernovik" has been published in Dagestan since 2003. The outlet was subjected to pressure immediately after the opening; owners of retail kiosks were pressed not to put the outlet on their shelves. The kiosks selling the "Chernovik" were set on fire. In 2011, Khadjimurad Kamalov, the founder of the outlet, was killed.

This article was originally published on the Russian page of 24/7 Internet agency ‘Caucasian Knot’ on November 28, 2022 at 11:33 am MSK. To access the full text of the article, click here.