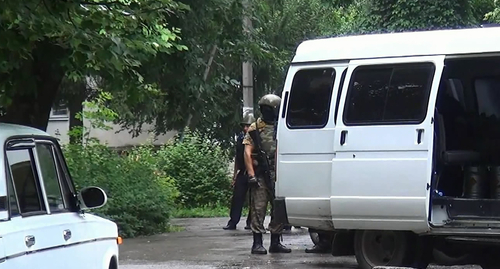 During the week from December 25, 2022, to January 1, 2023, at least two persons perished during the ongoing armed conflict in Northern Caucasus; and there were no reports about wounded ones. These are the results of the calculations run by the "Caucasian Knot" based on its own materials and information from open sources.

On December 26, agents of the FSB Branch for the Kabardino-Balkarian Republic (KBR) found two armed men in the forest near Nalchik, the KBR capital, and demanded to surrender, but the men opened fire on the agents and were shot dead by return fire. The FSB stated that the casualties were earlier convicted citizens of Russia, who "on the instructions of Ukrainian special services" were preparing a terror act in the Chegem, and then planned to leave for Ukraine to participate in hostilities against Russian troops. Firearms, ammunition and an improvised explosive device (IED) were seized from the venue of the shootout.

The criminal case is being investigated under articles on illicit weapon and explosive circulation, and encroachment on law enforcers' lives, the Investigating Committee of the Russian Federation (ICRF) has reported.

This article was originally published on the Russian page of 24/7 Internet agency ‘Caucasian Knot’ on January 3, 2022 at 01:59 am MSK. To access the full text of the article, click here.