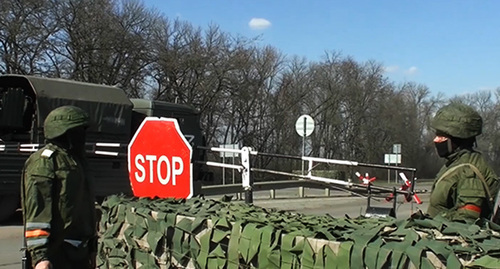 Mobilization deprives contractors from Southern Russia of chance to quit

In Southern Russia, garrison military courts refuse to satisfy claims lodged by military servicemen, who seek dismissal due to the expiry of their contracts, citing the mobilization decree.

The "Caucasian Knot" has reported about Vitaly Mozgalin, a special fighter of the GRU (Main Intelligence Directorate) from the Krasnodar Territory, who had refused to take part in the special military operation (SMO) in Ukraine and was demoted from a corporal to a private. The command had the right to demote Mozgalin, since the mobilization, which restricted the militaries' rights, was not officially completed, lawyers explained.

Courts in Southern Russia refuse to dismiss militaries, even if their contracts had expired long before the mobilization decree; it follows from the judicial practice studied by the "Kavkaz.Realii"* project.

Thus, Alexander Ryazanov, whose regiment is stationed in Shali, filed a resignation report back in January 2022, in order to retire immediately after the expiry of his contract in summer. The command of his unit failed to submit him for dismissal until September 21, 2022, after which they refused to dismiss him already with reference to the mobilization decree issued by the President of the Russian Federation. The Grozny garrison military court has considered Ryazanov's claim and ruled that he was obliged to serve until the end of the mobilization.

Alexander Kazakin, a serviceman of the 7th military base stationed in Abkhazia, signed the contract on June 21, it was supposed to end on September 20. He demanded dismissal, citing "the expiration of his contract and the end of the partial mobilization." The Sochi garrison military court has ruled that the mobilization was not over and refused to dismiss Kazakin.

A similar argument is put forward by the Stavropol garrison military court in its judgement on the case of Konstantin Kantemirov, a military serviceman from Stavropol. He is a driver of the parachute platoon, and demanded dismissal based on the conclusion of the military medical commission, which found him unfit for service in the Airborne Forces. The court rejected his lawsuit, emphasizing that the mobilization decree "has not been cancelled, and no legal acts on demobilization have been issued."

Zagid Magomedov, a private from North Ossetia, who wanted to leave the service in June, also failed to achieve dismissal. The command extended his contract until March 2024, the Vladikavkaz garrison military court and the Southern district military court refused to satisfy his lawsuit.

Alexei Grekov, a resident of the Volgograd Region, who served in Karachay-Cherkessia, had his contract expired in June, but by that time mobilization began; and his command refused to dismiss him. His lawsuit must be considered by the Pyatigorsk garrison military court.

This article was originally published on the Russian page of 24/7 Internet agency ‘Caucasian Knot’ on January 4, 2022 at 11:48 pm MSK. To access the full text of the article, click here.